Quarterly Performance a Continuation of Success 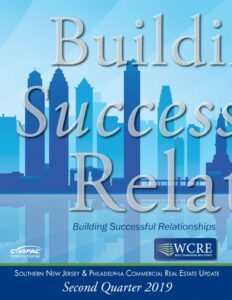 Commercial real estate brokerage WCRE reported in its analysis of the second quarter of 2019 that the Southern New Jersey and Southeastern Pennsylvania markets continued to show modest gains and overall solid fundamentals. Sales volume and prospecting activity were up over the first quarter totals, while leasing dipped for the overall region, but was up in Camden County, and Cherry Hill in particular. Gross leasing absorption was lower, but still positive.

“For several years in a row we have seen mostly slow, steady growth supported by strong fundamentals,” said Jason Wolf, founder and managing principal of WCRE. “Commercial real estate has performed very reliably, and although leasing volumes were down this quarter, there is a pipeline of approximately 450,000 square feet of pending deals expected to close in the near term.”

There were approximately 286,707 square feet of new leases and renewals executed in the three counties surveyed (Burlington, Camden and Gloucester), which was a decrease of 23 percent over the previous quarter. The sales market stayed active, with about 1.18 million square feet on the market or under agreement. Sales were busy, with approximately 739,714 square feet trading hands. This is nearly four times the square footage sold during the first quarter.

New leasing activity accounted for approximately 75 percent of all deals for the three counties surveyed. Overall, gross leasing absorption for the first quarter was in the range 150,000 square feet, compared to 411,000 in the first quarter. 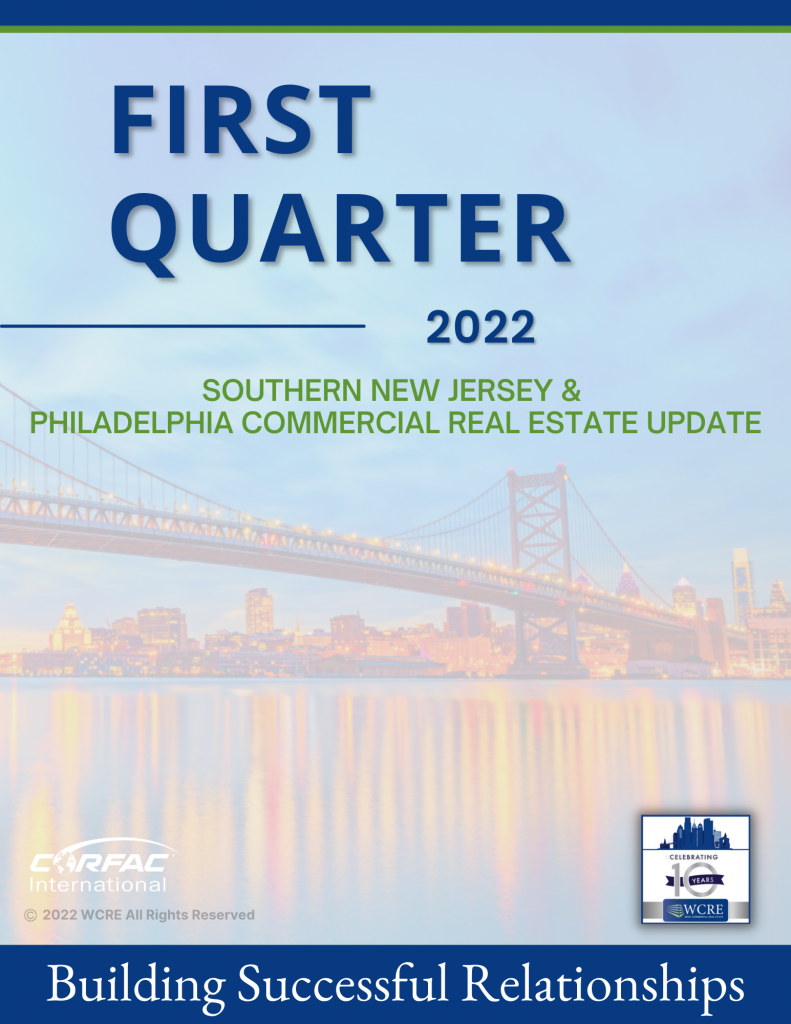