A Grupo Flor store that just opened in Union City, California, is billed as the nation’s first cannabis business in a type of regional, open-air shopping center that’s normally home to big-box retailers and chain restaurants.

With 18 states now allowing legal retail sales of marijuana for recreational use, cannabis companies are actively seeking out real estate for sales and distribution, moving from cities to suburbs.

“Cannabis is emerging out of being taboo for many people, so we really strive to bring that hospitality ethic that is welcoming for people of all walks of life,” said Mike Bitar, Grupo Flor co-founder and vice president of retail.

After navigating a still-complex regulatory process, Salinas, California-based Grupo Flor said this week it opened the 2,500-square-foot store in a space vacated by Sprint at Union Landing, a million-square-foot regional shopping center in the East Bay community of Union City near Oakland where a large number of tenants are big-box retailers.

This is Grupo Flor’s fifth California store and its second to open this year, and company executives liken the new location’s design to a “high-end designer fashion boutique.”

In most cities where cannabis sales have been legalized, even the largest retailers, such as Los Angeles-based MedMen, have opened stores mainly in older neighborhood shopping centers and strip malls or other spaces in established urban hubs. Now that’s changing, analysts said.

Representatives of Grupo Flor and its Union City landlord, developer The Austin Group, said there are some U.S. examples of cannabis retailers setting up shop in enclosed malls, but their research indicates this is the first to open in what’s known as a power center, defined in the industry as a regional shopping center, usually open-air, where at least three tenants are considered big-box retailers.

More owners of power centers and other suburban retail properties could become interested in cannabis retailers as that industry matures, and as retail centers look to rebound from the pandemic. Svec said that could especially apply to shopping center operators in secondary retail corridors or in areas with declining buying power where the prospect of backfilling vacant space with traditional retail tenants is minimal.

Svec noted that the power center segment has been significantly affected by store closings and reorientation of property toward smaller, more efficient spaces. CoStar data shows that power centers have been the second-worst performing segment nationally, after enclosed malls, losing about 4 million square feet of demand since the onset of the pandemic in March 2020, as the power center vacancy rate rose 70 basis points to 6%.

“However, footprint size will still be important and while cannabis retailers may have the sales revenue to operate out of larger boxes from a sales-per-square-foot perspective, the practical sales advantage of doing so will likely be limited beyond a certain size,” he added. “Thus, they are not a probable tenant for larger vacant boxes — 10,000 square feet and higher — in most markets and their overall potential impact on the market will likely be limited.”

Because they are real estate-intensive, sometimes designed to house up to a dozen tenants that each take more than 25,000 square feet, power centers tend to be developed in suburban rather than urban settings.

The growth of legal cannabis sales, combined with the continued downsizing in the retail industry that began well before the pandemic, could provide more places for cannabis retailers to set up shop in suburban locations.

“We received eight offers from leading cannabis retail operators, but Grupo Flor was a clear choice after visiting competitor stores,” Bill Schrader, owner of The Austin Group, said in a statement. “We expect Flor to drive a lot of fresh shopping traffic into Union Landing — it’s a win-win from a property development standpoint.”

According to cannabis industry research firm BDSA, legal U.S. cannabis sales topped $17.5 billion in 2020, an increase of 46% over 2019. The biggest dollar gains in sales were seen in Illinois, California, Florida, Colorado and Oklahoma.

Global sales of legal cannabis reached $21.3 billion in 2020, up 48% from the prior year, and BDSA projects global sales will reach $55.9 billion in 2026. Much of the U.S. demand is expected to come from the continued addition of new states legalizing cannabis sales.

Five states did so in the 2020 elections — Arizona, Mississippi, New Jersey, Montana and South Dakota — and were joined in March by New York, bringing the total to 18 states with some form of retail legalization.

U.S. retailers during 2020 announced that a record 162 million square feet was set to be vacated, according to CoStar data, representing 12,000 store locations. The pace of retail space pullbacks has slowed so far in 2021 but still totaled 23 million square feet at 2,200 locations in the first quarter.

Big closings were announced during the past year by chains including Fry’s Electronics, Burlington Coat Factory and J.C. Penney. Closings have been countered in part by rising space demand among retailers such as dollar stores, specialty grocers, home improvement shops and sporting goods stores.

“On one hand, the sector faces formidable headwinds from pandemic-induced capacity restraints and secular e-commerce shifts,” said Abby Corbett, managing director and senior economist in CoStar’s Chicago office, in an April webinar. “Yet, on the other, the sector exhibits signs of resilience and evolution.”

Please visit our websites for a full listing of South Jersey, Philadelphia, and New Jersey commercial properties for lease or sale through our Philadelphia commercial real estate brokerage firm. 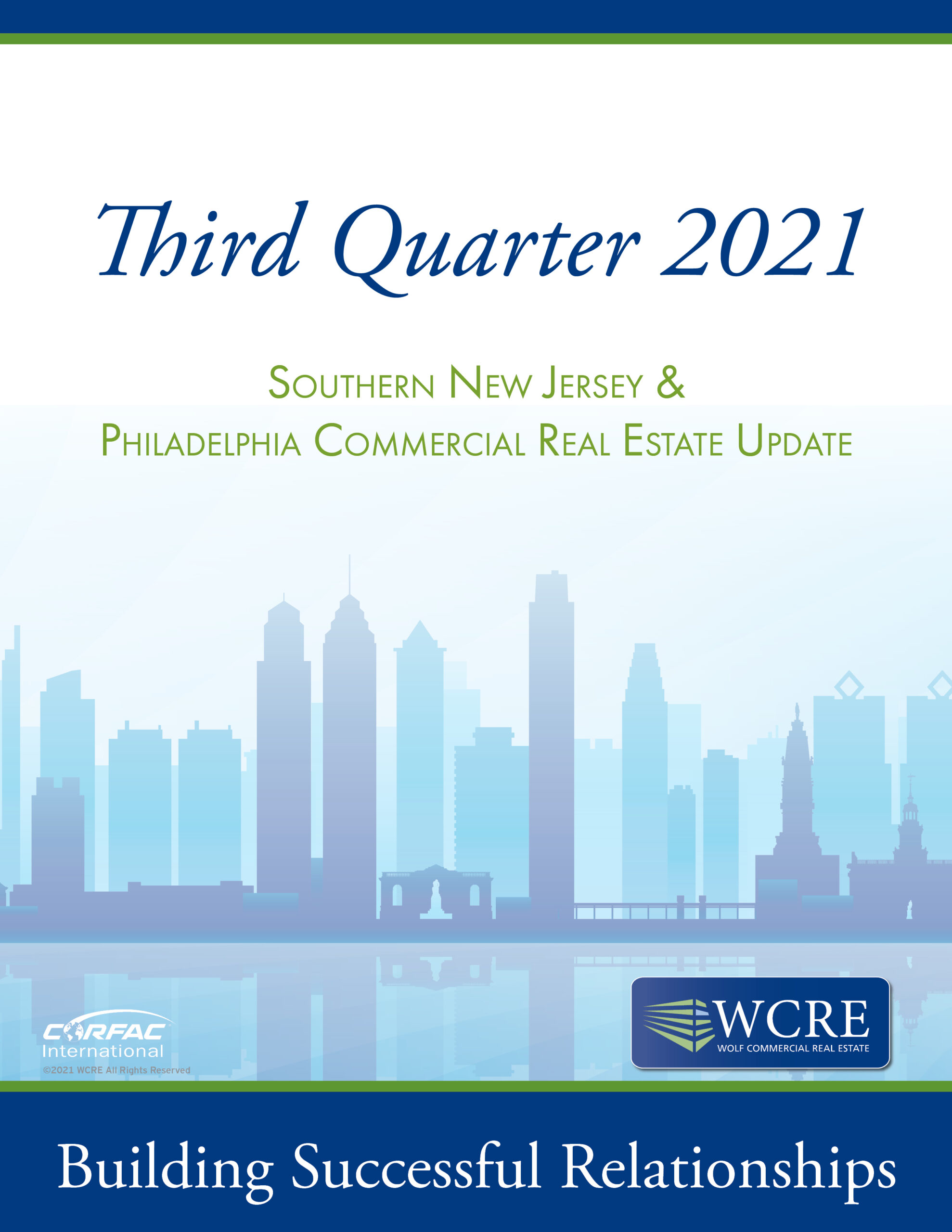