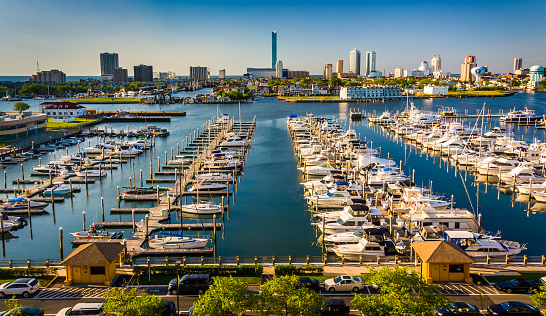 Known as “Scheyichbi” – “land bordering the sea” — Atlantic County traces its original inhabitants – the Absegami tribe of the Unalachtigo Lenape nation – to the sixth millennium B.C., — 81 centuries ago. Today, the residents of New Jersey’s 3rd largest and 15th most populated county can be found on boardwalks, in pine forests, and on multiple tracts of commercial real estate.

The first European settlers of this region were Dutch, Swedish, and English practitioners of the Quaker religion who fled their homelands to seek freedom from persecution. In 1695, John Somers purchased 300 acres on Great Egg Harbor Bay from Philadelphia merchant John Budd, becoming the first resident of what would become Atlantic County. Somers operated a ferry service across the bay to Beesley’s Point, a community in what’s now Cape May County. In the early 1720s, John’s son Richard built Somers Mansion overlooking the bay and harbor; it still stands today as Atlantic County’s oldest existing home. A century and a half later, Somers Point would be named for John Somers.

The first boardwalk in the United States was constructed in Atlantic City in 1870, solidifying the seaside resort’s still-in-use-today nickname of “America’s Playground.” The four-mile boardwalk runs the entire length of Atlantic City, linking to a nearly two-mile long boardwalk in Ventnor and a quarter-mile stretch in Brigantine. The Brigantine boardwalk was much longer when originally built, but a storm in 1944 destroyed two-thirds of it.

The Pinelands, or Pine Barrens, is a 1.1-million acre nationally and internationally protected swath of environmentally sensitive land that cuts across seven New Jersey counties — including the 10 Atlantic County municipalities of Buena, Buena Vista, Egg Harbor City, Egg Harbor Township, Estelle Manor, Folsom, Galloway, Hammonton, Mullica, and Weymouth. Due to its unique ecosystem, the Pinelands was designated by Congress in 1978 as the nation’s first Natural Reserve and in 1988 as an International Biosphere Reserve by the United Nations.

The region also is believed to be the home of the legendary Jersey Devil. According to local folklore, Pine Barrens’ resident Jane Leeds, already the mother of 12, cursed her unborn 13th child and cried it would be the devil. When born, the child emerged with hooves, a goat’s head, bat wings, and a forked tail. The creature is said to have killed the midwife and flown up the chimney, destined to haunt the Pinelands to this day. The three-time Stanley Cup champion New Jersey Devils National Hockey League team takes its name from the legend.