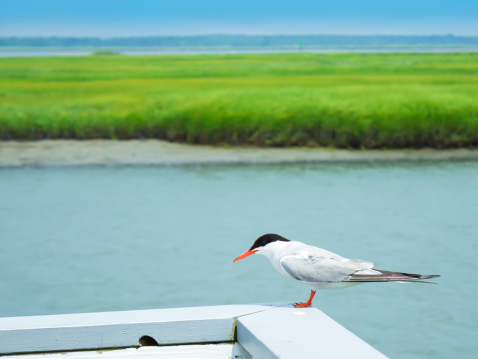 Egg Harbor Township, an Atlantic County municipality named by the man for whom nearby Cape May County was named, is one of the fastest-growing communities in the state and home to some of the most sought-after commercial real estate in the region.

The first appearance of Egg Harbor Township in official records occurred in the early 17th century when Dutch explorer Cornelius Jacobsen Mey sailed into the inlet of what he would call the Great Egg Harbor River. According to legend, Mey disembarked from his ship, the Fortuyn, in 1614 and later wrote that he couldn’t walk anywhere without stepping on eggs left by the proliferation of shorebirds and waterfowl living along the shore. The description he gave the area in his native language – Eieren Haven – translates to Egg Harbor in English.

Mey was one of several Dutch explorers sailing along the Atlantic Ocean coast in what now is the area between Long Island, New York; the Hudson River; the New Jersey shore; the Delaware River and Bay; and the beaches of Delaware. In Mey’s time, the Hudson River was known as the North River and the Delaware River called the South River as they marked the general geographic border of then was New Netherland. Both the City of Cape May and Cape May County, which once bordered Egg Harbor Township, are named for Cornelius Mey.

Egg Harbor Township is the most populous municipality in Atlantic County with 43,323 residents according to the 2010 Census. This is up 41 percent from the 2000 Census, when there were 30,726 residents. This however, was not the start of the township’s population spurt; there were 24,544 residents reported in the 1990 Census, meaning there was a 25 percent growth rate between that year and the dawn of the new century. Currently, the second-most populous municipality in Atlantic County is Atlantic City with 39,558 residents; Corbin City is the least populated municipality with just 492 inhabitants.

Initially a part of Gloucester County, Egg Harbor Township once covered the entire area of what currently is Atlantic County. It was, over the last several centuries, divided, subdivided, and divided into 22 other municipalities. The first of these was Galloway Township, excised in 1710, and the most recent was Northfield City, sliced off in 1905.