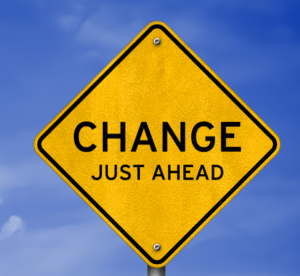 People don’t change for policies or procedures, and they don’t change because they read a brochure. Rather, people change for other people—for each other or for themselves. This key insight is now shaping successful change management efforts, a concerted push toward a more people-centric inclusive model of change—a democratization of what has previously been conceived as primarily a top-down process.

This is a welcome evolution. In the past, change management projects in workplaces may have had a tendency to put the needs of leadership above those of the occupants themselves. These efforts could essentially be boiled
down to, “Convince people that what we’re doing is a good idea.” But that is not really a change management effort—it is an advertising campaign. It treats as a foregone conclusion that people actually want and need the proposed transformation to happen, and that the plan as presented is already as good as it can get. Broadly speaking, neither of those things tend to be true.

Effective change management is neither solely top-down nor bottom-up. Everyone in an organization has a contribution to make in co-creating workplace transformation, even if that role is just to convince the person sitting next to them. Leaders help steer the ship. Individual team members can play a role in advocating for the kinds of change they want to see. Managers stand in the middle, and serve the interests of those both above and below, hopefully both accurately and positively. 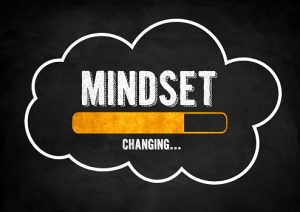 Even if a transformation such as a move to Activity-Based Working is likely to improve the experience of employees, they may still resist. The problem is not that employees are stodgy sticks-in-the-mud who are unwilling to change. The problem is psychology. Most people exhibit some degree of loss aversion bias; they are generally more worried about losing what they have than they are excited about getting something new that may be even better.

People do have some reason to be skeptical of change. After all, a years-long downward trend in job security and people-centric investments such as training and benefits has already eroded some of the trust that once existed between employers and employees. When commenters accidentally (or wryly) refer to a “war on talent”, they
may not be wrong. Establishing trust is a prerequisite.

The starting point of any change effort must be empathy; it is the responsibility of those advocating for change to work to understand the source of resistance and address it, if possible. People also may have what Robert Kegan and Lisa Lahey call competing commitments. Those who are resisting change usually have some good reason for doing so, even if their rationale remains hidden from view. As the team at Unwritten Labs often points out, the culture of an organization is full of unwritten rules and codes of behavior, and violating those expectations can cause people to get upset. Simply arguing more forcefully will not make them suddenly decide to go along with the plan. They may, in fact, dig in.

For example, think of a tech-enabled flexible work environment—perhaps even an unassigned environment using something like hot–desking. Before adopting this way of working, an occupant of a traditional desk can only think about what they’re giving up: a place of their own with their name on it. Attached to this furniture may be their sense of privacy or feelings of status within the organization. When someone tries to take it away, their very identity can feel threatened. On the other hand, with the current setup, they have learned to ignore the fact that they might have a filing cabinet on either side of them, or that they cannot see a window, or that they are surrounded by cube dividers that are only a few feet wider than their elbows.

Reminding people of the many ways they have adapted to a non-optimal situation helps to create what change management expert John Kotter calls the “burning platform”—it motivates those who are reticent to make the leap. This is necessary because people differ in the propensity to accept change. An adjustment that seems insignificant to one person may be upsetting or even alienating to someone else. Though it’s often invoked in discussion of technology adoption, Roger’s diffusion of innovations curve applies to workplace change as well. A relatively small number of early adopters will naturally be interested in trying something new, but the majority will wait until they can clearly see the benefits of doing so.

Things often go wrong at the very beginning of change a project—perhaps even before what most people would consider to be the beginning—with unvalidated assumptions about what people want. Success requires that one start by asking the simple questions that are too often given short shrift: Is this actually good for our people? Would they also think so? Has anyone asked what they think?

For an example from outside the world of workplace, look to a recent story from Boston. To save money and reduce travel time for public school students, administrators enlisted experts from MIT to design an algorithm that would optimize the routes of school buses. They incorporated a huge set of parameters, even accounting for the need of
teenagers to get more sleep and start school later. Though it succeeded in lowering projected costs and would have made life easier for the kids, the solution was ultimately rejected by the community.

What went wrong? The team’s solution was, by many measures, a brilliant one. The critical misstep was that they did not have buy-in from some of the people who would be most impacted: parents. The good news is that they caught this oversight before actually implementing the plan, and have a chance to incorporate that constraint going forward.

START SMART, GET EVEN BETTER 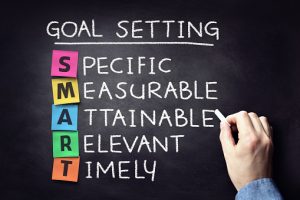 START SMART, GET EVEN BETTER

In most cases of change, the optimal solution is probably an option that isn’t visible from the starting point. The way to find it is to get into a collaborative exchange, and to take feedback from stakeholders seriously. While leaders may think or even say that they are already doing this, many employees feel otherwise. A recent survey from Quantum Workforce found that almost a third of employees don’t even know why changes are happening; their ability to engage with the change is therefore fairly limited. Whether or not a project is adjusting in response to feedback is one of the clearest ways to see if a change management effort is actually helping people. If the plan doesn’t evolve at least a little during implementation, it’s likely that it isn’t so much managing change as demanding it.

A pilot program can make all the difference, giving people an opportunity to practice the new way of doing this before they are expected to embrace it. This is not the same as a model or mockup. A drawing is better than nothing at all, but actually spending time in a space is essential. As people try the new environment, researchers can gather data under conditions that are fairly close to the proposed future state. There’s no reason that the pilot needs to be limited to one idea, either.

Whether through providing multiple protoypes in a portion of the company’s existing space or by harnessing the flexibility of coworking, piloting provides people with an opportunity to try out different work settings before they commit.

There are a couple of big caveats when it comes to piloting. It is critical that people be given the freedom to explore the new environment independently and by choice—otherwise it’s just another obligation. It is also important that a researcher is either physically present to observe or is otherwise actively soliciting feedback. Tram members often have trouble articulating what they do or do not like about a new environment. 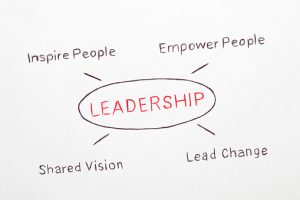 When contemplating a major workplace shift, organizations often suffer from a breakdown in productive communication. Leaders may hesitate to share plans with staff before the idea is fully baked. People on the front lines might have concerns or feedback, but lack an established forum in which to voice them. Managers may feel pulled toward either toeing the leadership line or speaking up in solidarity with their reports. The result is that people often end up feeling confused or anxious and filling the information gaps with rumors or speculation. Much of this can be mitigated with the right approach.

One of the most important things leaders can do is to practice transparency from the beginning of a change project. Even if there are still many unknowns, it is important to communicate clearly using all of the organization’s communication channels; newsletters, meetings, webinars, and informal conversations all can and should be leveraged.

Employees at every level should be educated in both the business case for the change and on how it will affect them personally. Once they know what the plan is, people usually have something to say about it. Embrace this feedback from day one. In our 12-point guide to change management effort, we highlight the need to create change leaders within an organization. Savvy managers can usually spot these people and help make them part of what Kotter calls a “guiding coalition”.

Whether or not they are empowered by the formal hierarchy, there are employees who would like to actively participate in shaping the change. Make sure they have a seat at the table. This group can support the change in two important ways. The first is that they show others how to make the change successfully. The second is that they provide constructive criticism that will challenge and ultimately improve the proposal.

In order for this to work, people need leadership support and some grounding in the basics of workplace transformation.  We developed materials to support a train-the-trainer approach to change management efforts in our work with the U.S. General Services Administration (GSA), the agency that manages the federal government’s real estate portfolio. This was a unique project, since the GSA is involved in some capacity with the change efforts of many other agencies throughout the federal government, one of the largest and most complex organizations in the world. It would be impractical to design a change program that accommodated the needs of so many unique stakeholders. Instead, we worked with architect Marble Fairbanks and the agency leadership to package this information in an easily distributable form, with the goal of democratizing the change process. By identifying key roadblocks common to many change efforts, as well as peoplecentric ways to address each one, the project aimed to empower change makers at every level of the agency.

CHANGE IS ABOUT PEOPLE

We often define an organization’s culture as the sum of all of its people, their values, and moment-by-moment actions taken on those values. The way the organization practices change management is included in that definition. A well conducted change effort offers an opportunity to act out some of the parts of culture that are often preached but less often practiced—things like transparency, collaboration, honesty, and empathy. The key to a successful change process to engage with people as often and as genuinely as possible. They must be given an opportunity to have a real impact on what is going to happen to them and, when possible, to take a leadership role in the transformation. Practitioners who take the time to do this right will be rewarded when their team emerges more resilient, capable, and trusting than they were at the beginning. 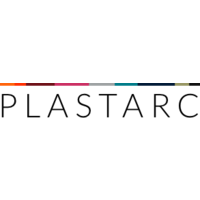 PLASTARC is a social science-based workplace consultancy. Blending qualitative and quantitative research with design expertise, PLASTARC is dedicated to shifting the metrics associated with workplace from “square feet and inches” to “occupant satisfaction and performance.” Through a holistic approach that incorporates workplace anthropology, analytics, and change management advisory, they recommend evidence-based interventions that make the built environment more people-centric and responsive, promoting both individual wellness and business success.