This article explains the ending of the New Jersey Permit Extension Act. Special thanks to Robert Baranowski of  Hyland Levin for providing this article for Wolf Commercial Real Estate. 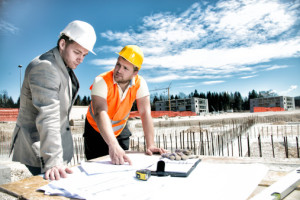 The New Jersey Permit Extension Act tolled the expiration of numerous development approvals and permits during the “extension period” starting from January 1, 2007 through December 31, 2015.

Because the NJ Permit Extension Act provides that tolling shall not extend the period of approval more than six months beyond the conclusion of the extension period, some approvals may be extended through but not beyond June 30, 2016. Since approvals such as variances, site plan and subdivisions “run with the land,” the determination of whether such approvals remain valid impacts the marketability and value of real property.

The end of the extension period under the NJ Permit Extension Act does not necessarily mean an approval will soon meet its demise. The NJ Permit Extension Act preserved the right to seek additional extensions as provided by law when the extension period ends. For example, there are extensions available for subdivision and site plan approvals under the Municipal Land Use Law (“MLUL”) for up to one year if the developer was precluded from proceeding because of delays in obtaining other legally required approvals that were diligently pursued. A developer must apply for this type of extension before the subdivision or site plan approval period runs or within 90 days after the receiving the last other required approval, whichever is later. See N.J.S.A. 40:55D-49(f), -52(d). There are also discretionary extensions available under the MLUL such as two one-year extensions of preliminary approvals and up to three one-year extensions of final approvals. See N.J.S.A. 40:55D-49(c), -52(a). A developer can apply for discretionary extensions either before or after the approval period runs but the extension will run from the original expiration date. Larger projects may be eligible for longer extensions under the MLUL.

There is also a “tolling” provision under the MLUL where “…during the period of approval heretofore or hereafter granted to an application for development, the developer is barred or prevented, directly or indirectly, from proceeding with the development otherwise permitted under such approval by a legal action instituted by any State agency, political subdivision or other party to protect the public health and welfare or by a directive or order issued by any State agency, political subdivision or court of competent jurisdiction to protect the public health or welfare and the developer is otherwise ready, willing and able to proceed with said development, the running of the period of approval under this act… shall be suspended for the period of time said legal action is pending or such directive or order is in effect.” See N.J.S.A. 40:55D-21.

Other types of development approvals such as NJDEP permits should be carefully reviewed to determine whether an extension is necessary and possible. During any analysis of such permits, it should also be determined whether commencement of work pursuant to a permit is sufficient to vest the right to complete the work. Certain approvals require completion of all work authorized by the permit prior to expiration.

Whether it is done prior to listing a property for sale or during a due diligence period, all development approvals should be examined to determine whether an application for an extension is warranted, even if work has already commenced on a project. For example, a CAFRA permit may be deemed expired if work has commenced but construction activity has lapsed for over a year.

Location of the real property is a critical issue to examine in this process. Under the NJ Permit Extension Act, there is no tolling for development approvals applicable to property in “environmentally sensitive areas,” i.e. planning areas 4B and 5. An amendment to the NJ Permit Extension Act enacted in 2012 carved out growth areas and coastal centers in Highlands and Pinelands.

Another issue for consideration is that other factors such as sewer service area mapping and public water supply capacity may affect the ability of a developer to construct an approved project, regardless of whether the approval remains valid. Sewer service area changes and water supply capacity issues that have arisen during the extension period may impact a developer’s ability to build what was approved. Regulatory changes that have taken effect since the NJ Permit Extension Act was adopted may also curtail the ability of an administrative agency to further extend an approval that was issued under a prior version of a rule.

The bottom line is that buyers, sellers and real estate agents should be aware that development approvals extended by the NJ Permit Extension Act may soon be expiring and that a careful analysis should be conducted to determine the viability of any further extensions under the MLUL or other applicable laws and regulations. All of the parties to a real estate deal should also be cognizant that for any project being bought or sold “with approvals,” every aspect of development should be examined for the viability of constructing an approved project. 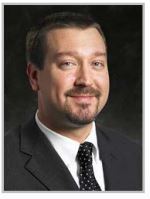