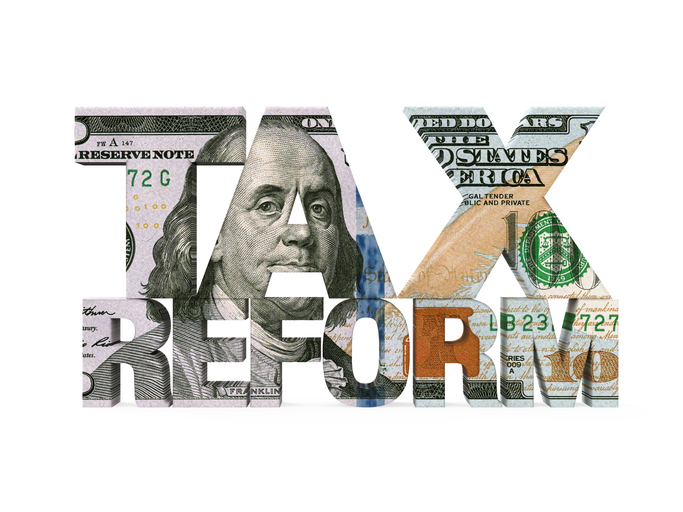 Three 2022 Pennsylvania Tax Reform Bills Move to State Senate after the Pennsylvania State House approved them on Tuesday, April 26: House Bills 1960, 385, and 2277. House Bills 1960 and 385 were amended in the House Appropriations Committee earlier in the day to incorporate additional reform measures. All three bills will have to clear the Senate, which will likely have a say in the final versions.

House Bill 1960 is designed to “lower the Corporate Net Income Tax (CNIT) and provide additional tax relief to job creators,” according to a House release. The legislation would reduce the CNIT tax rate from 9.99 percent to 8.99 percent for tax years 2023 and thereafter and provides a trigger mechanism to further reduce the tax rate to 7.99 percent by tax year 2025 based on the General Fund budget surplus for the fiscal years 2022-23 and 2023-24.

The amount of the budget surplus will be as certified by the budget secretary and confirmed by the Independent Fiscal Office (IFO). The bill also includes specific target thresholds allowing for greater CNIT rate reductions and provides a trigger mechanism to increase the current net operating loss (NOL) deduction cap of 40 percent of taxable income based on the General Fund budget surplus for the fiscal years 2022-23 and 2023-24. The bill passed the House by a vote of 195-8 and now goes to the Senate for consideration.

Previously, Act 1 of 2021 amended the Fiscal Code to allow forgiveness of Paycheck Protection Program Loans and Economic Impact Payments (stimulus checks) received by individuals to be excluded from personal income tax. House Bill 385 repeals these provisions in the Fiscal Code under Section 104-A and recodifies them in the Tax Reform Code. The bill passed the House unanimously by a vote of 203-0 and now goes to the Senate for consideration.

House Bill 2277 eliminates the requirement for licensees with tax liability for the third quarter of the preceding year equal to or exceeding $25,000 to file a return and remit accelerated sales tax prepayments. The bill also passed the House unanimously and is headed to the Senate.

The tax breaks follow a pattern emerging across America, apparently connected to the recovery from the pandemic, which has left many states “flush with cash,” noted a CBS report. “Across the country, state and local government tax revenue jumped 42% in the second quarter of 2021 compared with the same period a year earlier, according to a December analysis from the Urban Institute. Taxes have been bolstered by the economic recovery from the pandemic, with corporate taxes rebounding. Workers have regained jobs, helping to boost income taxes. And consumers are spending more, helping to bolster sales tax revenue.”

Bryan Holm is a Manager in the Cherry Hill, NJ office of HBK CPA’s and Consultants. He joined the firm in 2021 as a member of the HBK State and Local Tax (SALT) team. His background includes work with top 10 accounting firms. Prior to specializing in state and local taxation, Bryan worked in tax resolution for the Internal Revenue Service. He has served clients in a variety of industries including private equity firms, manufacturing, the restaurant industry, retail, construction, and the banking industry. Bryan has provided a variety of state and local tax services to clients, including; Audit Defense, Refund Reviews, Nexus Reviews, Voluntary Disclosure Agreements, Income/Franchise Tax Compliance, M&A Due Diligence, and SALT Consulting and Advisory Services. Bryan has also been a speaker and writer on state and local tax matters. 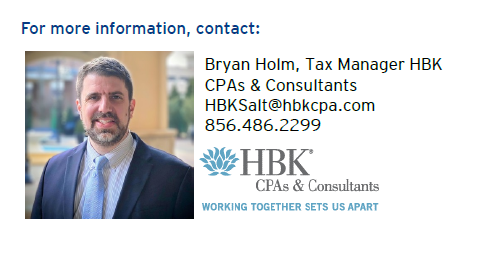