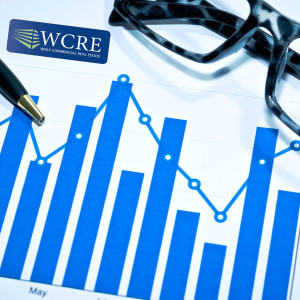 The year 2015 was a very good year for U.S. office space sales, the best in fact since the Great Recession. With increased demand and restricted levels of construction contributing to tightening space availability in metro areas nationwide, U.S. office space net absorption exceeded 100 million square feet for the first time since the crippling recession and the national office vacancy rate dropped another half-percentage point in the year ended 2015.

Vacancies were down in 64% of U.S. office submarkets and 56% of metro office markets in fourth quarter of 2015, according to CoStar, whose analysts predict office vacancy rates to continue dropping, reaching about 10% in 2017.

Driven by an “overwhelmingly strong” market that is anticipated to continue into the next quarter, the investment market soared, with preliminary office asset sales rising almost 18% in 2015 to reach $152 billion, CoStar’s economists said.

The CoStar report said the biggest annual vacancy improvements were in the Atlanta, Miami and Nashville markets, each of which outperformed San Francisco, Seattle and Boston, a clear indication of a momentum shift in office market strength away from the technology and energy metros that fueled the economic recovery and expansion and toward markets that were hit by the recession’s housing bust. The office vacancy rate declines in San Francisco appeared to be slowing in the fourth quarter as new office supply was introduced to the market, the review and forecast said.

As expected, Silicon Valley markets experienced the strongest annual occupancy gains. But with the 2015 shift away from higher occupancy in markets driven by energy or technology, a solid eight of the 13 markets with the highest year-over-year occupancy improvements were outside the energy and technology areas.  Big-tenant markets like Atlanta and Dallas instead are showing occupancy results, CoStar reported.

Although American consumers are benefiting from lower gas prices, some geographical areas and parts of the economy have been negatively impacted by the drop in energy pricing, its effect on the stock markets, and global economic instability, according to the report. The S&P 500 is down about 11% since the May 2015 peak, partly because of weakness in energy-related stocks.  In addition, technology stocks have declined more than 10%.

Tech remains among the most volatile markets, with markets such as San Jose, San Francisco, Boston, Raleigh, Austin and Seattle waiting to see how lower private and public market valuations will affect hiring, the economists reported.

Apple and Samsung Electronics were among the large companies that warned recently of a tech sector slowdown in 2016, blaming global economic volatility and declining demand.

And Yahoo has announced plans to reduce its workforce by another 15%, or 1,700 jobs; rid itself of surplus real estate; close five worldwide offices; and consider “strategic alternatives” to possibly sell or spin off its core search engine and web portal business, CoStar said. In December, Yahoo was already looking to sell a 48-acre tract near Levi Stadium in Santa Clara that originally had been intended for an expansion project.

Despite growing concerns in the energy and technology sectors, the continuing momentum from 2015’s strong performance in the U.S. office space market and the commercial real estate market overall is anticipated to continue solidly into 2016, CoStar predicted.

Office, shopping center, warehouse and hotel construction is expected to jump 11% in 2016, an increase from the 4% improvement projected for 2015, with office development reclaiming its historical role as the leader in the commercial building recovery, a new report says.

At the same time, multifamily construction dollar volume is anticipated to rise 7% on a 5% increase in built units to 480,000, according to the newly released 2016 Dodge Construction Outlook.  That level of gain would be at a slower pace than 2015’s growth, but it is still a gain as continuing development is extended by low vacancies, rising rents and the demand for apartments from millennials, the report released by Dodge Data & Analytics said.

But the growth in commercial building will again be led by the segment’s historical driver — office development — with an assist in private development and demand from technology and finance firms.

Residential, including single-family homes, and nonresidential U.S. construction starts are forecast to rise by 6% in 2016 to $712 billion on the heels of a 9% increase in 2014 and an estimated 13% jump by the end of this year — the strongest annual gain so far in the current expansion, Dodge Data & Analytics said.

The 2015 hike can be largely traced to the heavy industrial projects at the start of the year, including several massive liquefied natural gas terminals in the Gulf Coast region and new power plants, the company noted.

Continued strength in multifamily construction is behind the strong performance in total residential building, which rose 18% in 2015. Single-family is again registering growth after a no-growth year in 2014.  Total nonresidential building slowed in 2015 after jumping 24% the year before, and is now forecast to be flat to slightly down as a result of a sharp pullback for new manufacturing plant starts and a slight drop-off in momentum by the commercial and institutional building segments, according to Dodge.

Other 2016 forecasts provided by Dodge were:

CoStar’s State of the U.S. Office Market Third Quarter 2015 Review and Forecast also reported that the first three quarters of 2015 saw 68 million square feet of net office absorption, compared to an average of 30 million square feet during the same three quarters of 2005 through 2007, the period considered the peak of the last office boom.  At the same time, the U.S. office vacancy rate’s gradual decline continued, dropping to 11% in third-quarter 2015, down another 20 basis points from midyear and a 60 basis point decrease from the third quarter a year ago, the report said.

Another key finding from the report noted that a full 65% of U.S. office submarkets experienced a drop in office vacancies in third-quarter 2015, and 52% of U.S. submarkets have office vacancies that are lower than they were during the 2006-07 peak, with most metros posting string rent growth.

The report also highlighted one significant difference from previous office market cycles: the average vacancy rate for high-quality 4- and 5-Star U.S. office space constructed since 2008 has remained flat, even though the 42 million square feet of new office supply delivered to the market in the first three quarters of 2015 is nearly 40% above the same period in 2005-2007, CoStar said.

“We’re at a rare point.  Vacancy in new space has flat-lined since about 2013. What’s interesting about that is the supply pipeline has not caused the rate to spike up nationally, unlike other market cycles,” said Walter Page, CoStar Group, Inc. director of U.S. research, office.  “Office tenants clearly want this new space and are willing to pay for it because obviously, they’re leasing it up.”

Demand for 4-and 5-Star U.S. office space increased by 2.5% between third-quarter 2014 and third-quarter 2015.  That rate compares with just 1.4% in the overall national office market and is nearly three times the demand growth rate achieved for 1-, 2- and 3-Star properties.

Analysts noted that even with an uptick in rental rates, total occupancy costs as a percentage of company profits stayed at their all-time low, with companies continuing the trend to place more workers into fewer square feet, thereby allowing companies to lease higher-quality space.

Fueled by falling vacancy rates and rising rents in an increasing number of submarkets, demand for U.S. office space is expected to remain at post-recession highs through 2016, a new CoStar report says.

Also contributing to the rosy forecast is the U.S. office space market’s strong performance in 2014, when net absorption rose 42% from the previous year and a particularly strong fourth quarter saw net absorption reach more than 30 million square feet, according to a CoStar Portfolio Strategy analyst reporting in CoStar’s State of The U.S. Office Market 2014 Review and Forecast.

Over the next two years, CoStar predicts annual absorption through 2016 to remain close to 2014 levels, hovering in the 90 million square-foot range.  With new development supported by increasing rents and tightening vacancy rates, the level of construction deliveries should increase over the period.

The robust demand for U.S. office space indicates occupiers are slowly moving away from the trend of shrinking square foot-per-employee office footprints, CoStar said.  In addition, the analysis said the shadow supply of empty office space remaining from the Great Recession is thinning as growth continues at a “very strong clip.”

The U.S. office space vacancy rate dropped 70 basis points from 12% to 11.3% in the year just ended, representing the biggest decrease since the recession ended, according to the analysis.  Vacancy rates for medical office properties were holding steady at a historically solid 9.6%, but all other vacancies were down across the board across markets, submarkets and building types and quality levels, CoStar said in the report.

Many markets are slipping below the vacancy average for U.S. office space, with nearly every metro registering year-over-year drop.  The single exception to this is the Washington, D.C. market, where vacancies rose minimally, primarily due to strong constructions activity.

One Costar analyst called the declining vacancies in office submarkets a “feel-good story across the country.”  Newer properties have enjoyed a stronger recovery, with vacancies for 2008 and newer buildings plummeting from a high of 45% in 2008 to nearly 10% in the last quarter 2014.  Older buildings from the 1980s, which are often located in less desirable outer-ring suburban submarkets, haven’t recovered at all as tenants tend to prefer Central Business Districts (CBDs) or the closer-in suburban markets, a CoStar analyst said.

The report also took note of the rising demand for high-quality space, with newer 4 and 5 Star space experiencing double the rate of absorption of lower-quality space.  High-quality space increased 2% from 2013 to 2014, in comparison to 0.9% for 1-, 2- and 3-star space, according to the report.

Spurred by job growth, rising rental rates and falling office vacancies, developers in several major markets have begun to break ground on new office projects, pushing U.S. office space construction to its highest level since 2008, according to a new report.

The analysis also noted that the total square footage of new office construction for 2014 is expected to increase further as CoStar learns about additional new projects breaking ground this year.

Analysts believe that recent robust leasing activity will alleviate any concerns about the potential for oversupply in the U.S. office space market.  Of the U.S. office space currently under construction, only 45 percent remains available for lease.  Major blocs of space already have been committed to by tech, creative and energy companies, such as such as Salesforce.com, Comcast, ConocoPhillips, Google, State Farm and LinkedIn.

With far less supply than demand, office vacancy rates are expected to decline until 2017, CoStar said.  A projected low office vacancy rate of about 11% should be reached in 2016 with continued national job growth and the disappearance of shadow space.