When Your Tenant is a Franchisee

This article addresses the peculiar issues that may arise when your retail tenant operates a franchise. Site selection and continuity of operations are critical components for successful franchise systems. A franchisor, therefore, will often seek to maintain a level of control over the space occupied by its franchisee. In order to protect its interests in the “locational goodwill” that develops at a successful franchisee site, a franchisor will often insert itself into the landlord/tenant relationship. A franchisor does this in two common ways. First, the franchise agreement may require a franchisee to negotiate certain provisions into its lease. Second, a franchisor may seek to have a landlord execute a separate “lease rider”, which provides the franchisor with additional rights upon the franchisee’s default of its lease.

When Your Tenant is a Franchisee 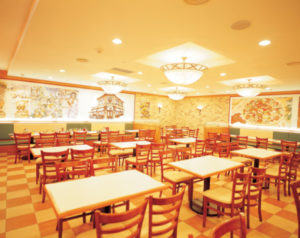 A standard franchise agreement will include a description of lease provisions that the franchisee is required to include in its lease in order for franchisor to approve its form. As a landlord, therefore, you should not be surprised to see a prospective franchisee tenant provide you with a list of franchise specific revisions to your proposed lease. Franchisor-mandated provisions for the lease commonly include:

4. A strict no subletting or assignment provision, except to the franchisor or its designee. This provision prevents an unauthorized sale of the franchisee’s business or the franchisee trying to avoid the franchise agreement’s non-compete provision.

5. A clause entitling the franchisor to take an assignment of the lease, at its option, upon franchisee’s default.

6. Language providing that the franchisor shall receive all notices of default, prior to eviction, and shall have right to cure. When a franchisor receives a copy of a notice of default sent to the tenant/franchisee, it can decide whether it will declare an event of default (a cross-default) under the franchise agreement – which is often an option for the franchisor.

Despite the importance of the provisions to the franchisor, a franchisee will derive little benefit from these provisions, and in fact runs the risk of angering its new landlord (you) with the additional burden of negotiating these points. Therefore, the franchisee does not have a strong desire to push hard for these points. In practice, a franchisee will often negotiate its lease with you, present it to its franchisor for approval, and only then learn (be reminded) of the importance of the franchisorrequired provisions. Going back to the landlord at that point is an uphill battle for the franchisee. Like the franchisee, the landlord will often be disinterested in the franchisor’s requests. You will not want to further negotiate your “standard” form and specifically, will not want the administrative burden of sending notices and lease amendments to both the franchisee and the franchisor. Nor will you want to add time to cure periods. As a landlord, you need to weigh these burdens against the value of having a recognized franchise system and brand, likely with a strong track record marketing its locations. 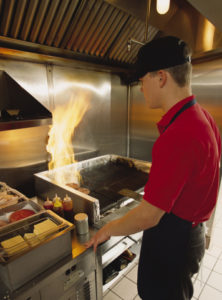 There are five main components of a well-drafted collateral assignment of lease for a franchisee:

• A clear expression that the agreement is for collateral purposes only and that the franchisor will not incur any liability, unless and until it takes possession and assumes the tenant/franchisee’s obligations.

• Upon a default under the lease (prior to eviction) or the franchise agreement, the franchisor has the option to take possession or assign the lease to another franchisee.

• The franchisor will receive copies of notices of default.

• The lease will not be modified without franchisor’s consent.

Upon expiration or termination of the lease, and in the event franchisor elects not to assume the lease, franchisor is granted the right to cause a de-imaging of the premises, without being guilty of trespass. Again, the only party who will push hard for these rights will be the franchisor. Other than for the purpose of “getting the deal done”, the franchisee will have little incentive to cause you, as landlord, to comply. The franchisee will usually want to save its negotiation chips for points directly in its favor. Similarly, the landlord will typically want flexibility with the space if the tenant is having problems. Accordingly, many landlords are unwilling to grant collateral assignments of leases. As in most cases, the respective leverage of the parties drives the issue.

Landlords counter these franchisor-required provisions by requiring that the franchisor guaranty the lease. A landlord will insist upon an agreement by the franchisor to cure all arrearages in full, prior to assumption. In response, a franchisor will argue that the arrearages for which it is responsible should be capped based on a time period (e.g., 45 days moving backwards from the date franchisor receives notice of default). Thus, the landlord, who may view additional notice parties as an administrative headache, will be motivated to send default notices to the franchisor before its tenant becomes too far behind in rent.

Landlords generally want to limit the transferability of the lease. For example, a landlord will permit assignment, without its consent, only to the franchisor, and not to another franchisee or other designee. No landlord wants a revolving door of failed franchisees. Often, a compromise is a franchisor guaranty for a limited period of time following an assignment.

Successful franchisors work hard to maintain a level of control over their valuable locations. Although it may seem like the franchisor is merely trying to exert its influence over the landlord/tenant relationship during lease negotiations, the franchisor has a vested interest in securing these protections. You, as landlord, will weigh the value of having a tenant offering recognized and popular goods and services in its center, together with a franchisor standing behind its operator, at one level or another, against the burden of these additional negotiations. The next time you are involved in a lease negotiation for a franchised unit, hopefully you will have a deeper appreciation for the franchisor’s motivation and be able to more effectively negotiate these franchise-specific issues.