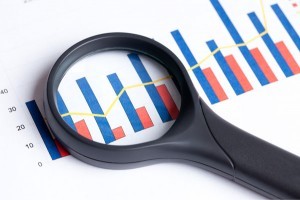 The company based its conclusion on NOIs posted by properties collateralizing loans in conduit CMBS transactions, with more than 50% of those properties having now reported full-year 2014 financials. If the reported growth rate holds steady among properties that have not yet reported, the 2014 NOI growth would stand as the second highest in commercial real estate since the recession, behind only 2012’s NOI jump of 3.43%, Wells Fargo said.

The steady growth in property NOI also is improving collateral performance in the CMBS arena., Wells Fargo said. Both term defaults and maturity defaults dropped significantly in 2014 and remain low to-date in 2015.

By property type, hotel properties recorded the strongest year-over-year growth at 11.93% in 2014, up from 2013’s 7.67% and 2012’s 9.12%, Wells Fargo said. The CoStar Commercial Repeat Sale Indices (CCRSI) noted that hotel property prices rebounded in 2014, while CoStar’s Hospitality Index soared by 17.7% in 2014 after basically flat growth of 0.6% in 2013. National hotel occupancies hit their highest level since the mid-1990s, triggering room rate increases, RevPAR growth, and investor demand. Conversely, office properties, such as Philly office space, have shown the lowest NOI growth for 2014, at just 1.12%, up about one-tenth of a percentage point from 2013 and 2012. CoStar’s CCRSI noted that with investor interest on the rise in both core and non-primary markets, pricing in the Office Index grew 9.5% in 2014, while the Prime Office Metros Index strengthened by 9.2% in 2014. Overall office market fundamentals showed significant improvement for the year with office vacancies dropping to 11.3%, from 11.9% the year prior.

In the industrial property sector, NOI growth for 2014 was up slightly, posting a 2.4% increase compared to 2.2% in 2013, but still down from 2012’s 2.9%. However, within the industrial sector, self-storage properties recorded the second-highest NOI growth at 7.2%. CoStar noted that industrial property prices grew by a strong 11.9% in 2014. Vacancy rates declined to 6.8% for the year, 80 basis points below the 2007 cyclical low of 7.6%. Meanwhile, construction brought only 106 million square feet to the sector in 2014, significantly lower than the 159 million square feet of net absorption. Spurred by low vacancies and a relative lack of supply, industrial rent growth was up 4.3% in 2014 — the strongest of the four main property types.

With the properties that have reported 2014 financials so far, NOI growth rate for retail properties, including Philly retail space, dropped in 2014 to 1.82%, just below the 1.94% recorded in 2013, Wells Fargo said. However, CoStar’s Retail Index recorded the biggest increases in 2014. Fueled by pricing increases in response to improving market fundamentals, the overall Retail Index was up 13.9% for the year — the largest gain among the four major property types. Gains were concentrated in the core coastal markets in 2014. With little development activity, retail demand surpassed supply by two-to-one for the year, causing vacancies to fall 20 basis points to 6.3% in fourth quarter 2014 — the lowest rate in more than six years. Annual rent growth was stable at nearly 3%.

Bipartisan legislation that establishes the new Tenant Star Label to recognize landlord and tenant teams that design, build out and operate energy-efficient leased commercial spaces has been signed into law by President Obama, according to a new CoStar news report.

The Energy Efficiency Improvement Act of 2015 is the first government-sponsored branding label to recognize voluntary energy-efficiency efforts in leased spaces such as Philly office space for lease or Philly retail space for lease.  The law, which calls for various federal actions to improve both energy and water efficiency in commercial and government buildings, complements the 20-year-old Energy Star Label, CoStar said.

The U.S. Environmental Protection Agency’s has sponsored the Energy Star for Buildings program since 1995 to provide an incentive to landlords and facilities managers to increase energy efficiency and reduce operating costs.  Efforts to create legislation to extend similar incentives to tenants have fallen victim to a divided Congress until now.

The new Tenant Star law is designed to align the sustainability efforts of tenants with their landlords in implementing cost-effective, energy-efficient measures in leased spaces.

Supporters of the legislation say the law will save businesses billions of dollars in future energy costs — an estimated $4.6 billion by the year 2030.  It also will bolster the economy by creating an untold number of jobs in the U.S. in the field of energy efficiency and sustainability.  Lastly, the legislation will improve the environment by reducing greenhouse gasses, according to the news report.

The bill mandates that the U.S. Department of Energy determine within one year practical methods to implement major energy efficiency upgrades in commercial buildings, as well as to identify incentives to entice owners and tenants to make the improvements.

Federal buildings are likely to feel the impact of the Tenant Star Label legislation first.  The new law requires the General Services Administration (GSA) to establish leasing provisions that will serve as a template for building owners and tenants to adopt energy and water measures in commercial buildings, according to CoStar. The GSA also is required to create best practices to introduce the provisions to the real estate services the GSA provides to federal agencies.

Vacancies in the market for Philadelphia office space increased in the first quarter 2015, ending the quarter at 10.8%, according to the latest report from the CoStar Group.

Vacant sublease space in the Philly office space market rose in the first quarter, closing the quarter at 1,306,325 square feet of office space in Philly, the market trend report said.

Rental rates for office space in Philly closed the first quarter at $21.89, which represented an increase over the fourth quarter 2014, CoStar said.

In comparison, the national office market vacancy rate declined to 10.9% from the fourth quarter 2014, CoStar said.  Net absorption stood at positive 15.4 million square feet in the first quarter, according to the report.  Average rental rates nationally grew to $22.74 in the quarter and 244 new office buildings brought more than 16.5 million square feet to the market, CoStar said.

The vacancy rate in the Philly industrial space market closed the first quarter of 2015 at 8%, according to the latest market trend report from the CoStar Group.

Rental rates for Philadelphia industrial space ended the first quarter at $4.47, a decrease over the last quarter of 2014, CoStar said.