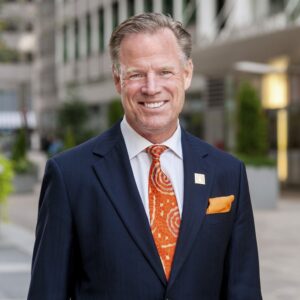 Joined WCRE as Director of Strategic Relationships. Brian will serve as a C-level brand ambassador for WCRE, introducing the firm to new markets and industries. He will work closely with our sales professionals to promote the brand widely and help the business continue to grow in southern New Jersey and the Philadelphia Region.

Brian led the company’s account management team and generated sales throughout the United States and Canada. Over the years he also worked in leadership and business development roles at other Philadelphia area companies.

Between his professional sports career and broadcasting career, Brian managed all operations and served as a trainer at this large recreational facility.

Best known as a Philadelphia Flyer, Brian had a 15-year NHL career, with 11 of those years playing for the Flyers.