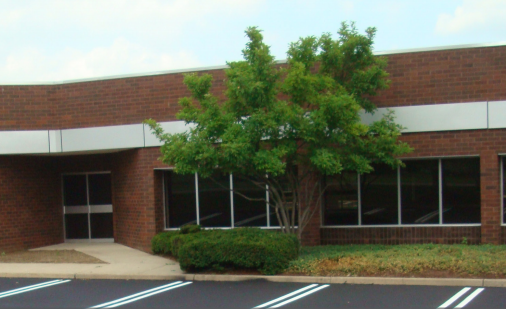 The township was formed in 1872 from a portion of neighboring Evesham Township and currently is the second most-populous municipality in Burlington County. Among the first European settlers of the area were Quakers who established the Friends Meeting House in 1682, a structure that still stands on its original site, the current intersection of Moorestown-Mount Laurel Road and Greentree Road. In the 1770s, during the American Revolutionary War, the mount after which Mount Laurel would be named was used as a lookout post for troops fighting for both the colonies and the crown as they traversed the state before such critical confrontations at the Battle of Trenton and the Battle of Monmouth.

Just around the corner from centuries-old Meeting House is the high-tech, 21st Century headquarters of NFL Films, the official video archivists of the National Football League. Founded in 1962 as Blair Motion Pictures by Mount Laurel resident Ed Sabol, NFL Films has won more than 110 Sports Emmys over the years. In addition to having filmed every professional football game since the mid-1960s, the company produces television shows, documentary films, commercials, and music videos.

A contemporary of Susan B. Anthony and Sojourner Truth, Mount Laurel native Alice Paul was one of the leaders of the early 20th Century suffrage movement for women’s voting rights. Paul was born in 1883 in Paulsdale, the family home on what now is Hooton Road in Mount Laurel. In commemoration of her work, Paulsdale was named a National Historic Landmark in 1991 and Paul’s image appeared on a U.S. half-ounce $10 gold coin in 2012.

Today, nearly a century and a half since Paul make her mark, Mount Laurel is home to another woman of international acclaim, Olympic Gold Medal winner Carli Lloyd. In addition to numerous other accolades, Lloyd is best known for scoring the gold-medal winning goals for the United States Women’s Soccer Team in the 2008 and 2012 Olympics, as well as scoring a three-goal hat trick for the USA in the 2015 Women’s World Cup final.

As the second most-populous municipality in Burlington County with a 2010 U.S. Census population of 41,500, Mount Laurel has roughly 4,000 fewer residents than population leader Evesham Township. At the other end of the list, the two least populated municipalities are Washington Township with 687 residents and Fieldsboro Borough with just 540.

Mount Laurel Township, covers 21.97 square miles to place it as the 12th largest among the 40 Burlington County municipalities. It sits between the 22.4-square-mile New Hanover Township and the 21.91-square-mile Mansfield Township. Doing the math, that six thousandths of a square mile difference means Mount Laurel is a mere 38 acres larger than Mansfield. The largest municipality in Burlington County is Washington Township, at 102.7 square miles, while the smallest is Fieldsboro Borough at just over a quarter of a square mile.