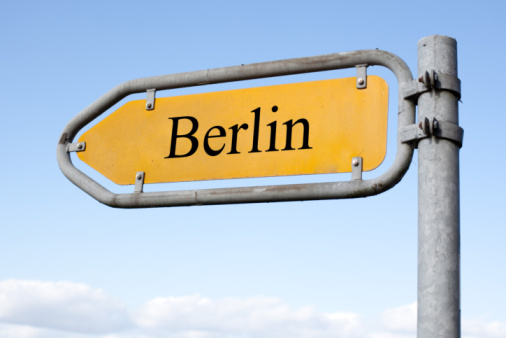 The two Berlins, a borough and township in lower Camden County, New Jersey, have a conflicted story surrounding their former shared name of “Long-A-Coming,” some fascinating past and current residents, and a wide selection of attractive commercial real estate.

Berlin Township, which was carved out of the adjacent Waterford Township in 1910, was itself cut roughly in half in 1927 to create its neighbor Berlin Borough. Their shared name dates to just after the U.S. Civil War and is believed to come from the capital of Germany, the birth place of many mid-19th Century European immigrants in the area. It’s before this change, however, when most of the controversy over the previous name of “Long-A-Coming” took place.

As is the case with many other southern New Jersey and southeastern Pennsylvania communities, the original inhabitants of the two Berlins were citizens of the Lenni Lenape Native American Nation. It’s the Lenni Lenape who offer the oldest of the two legends surrounding the name “Long-A-Coming.” The portion of a well-traveled Native American footpath that ran through the area from the Jersey Shore to the Delaware River was known as the Lonaconing Trail, a word the first Anglican settlers in the region pronounced “long-a-coming.”

Another story explaining the name’s origin comes from the area’s location midway along the colonial-era trek from the Delaware to the Atlantic. Travelers on foot and horseback, and later those in not-exactly luxurious stagecoaches, found the headwaters of the ocean-bound Great Egg Harbor River in the Berlin area to be an overdue respite that was “long-a-coming.”

Either way, the name was known throughout the region and – when Camden County was created from a segment of Gloucester County in 1844, the community of “Long-A-Coming” – then still part of Waterford Township – was selected as the county seat . . . only to be usurped four years later by the current domicile of the county government, Camden City.

Among the most well-known residents of these two communities are Ron Dayne and Kelly Ripa. Dayne, from Berlin Township, won the Heisman Trophy as the best college football player of 1999. A graduate of Overbrook High School and the University of Wisconsin, he played professionally for the New York Giants, Denver Broncos, and Houston Texans. Ripa, from Berlin Borough, is a long-time television star, first on the soap opera All My Children and most recently as half of the popular morning talk and variety show “Live with Kelly and . . .” During her tenure, the “and . . .” seat has been filled by Regis Philbin, Michael Strahan, and – currently – Ryan Seacrest.

As far as the rest of the population goes in the township and borough, Berlin Borough has the 17th most residents among the 37 Camden County municipalities with 7,600 while Berlin Township is 21st, with 5,400 residents. There’s less of a difference, however, when it comes to size. Berlin Borough and Berlin Township are almost identical, area-wise, as the borough covers 3.6 square miles and the township is less than half a square mile smaller at 3.2 square miles. This puts them in 10th and 11th place on a largest-to-smallest list of the county’s municipalities.